The decline in traffic can be attributed to Canadian shoppers now favoring Black Friday. According to the retail council of Canada, 43% of Canadians that were surveyed shopped on Black Friday compared to 34% of Canadians who went shopping on Boxing Day. Black Friday is beginning to eclipse Boxing day.

However, the traffic data revealed a continued increase in the wireless segment as well as an improvement this year in the luxury segment of 0.21%. Luxury retail has increased significantly in Canada over the last 3 years, as many luxury brands opened flagship stores in major cities (such as Toronto and Vancouver). It is expected that the luxury apparel market in Canada will continue to see stable growth into the coming year.

Randy Harris, president and owner of Trendex North America, said it’s important to note that the luxury apparel market grew by 6.5 per cent last year versus the 1.8 per cent growth for the total apparel market. There were multiple factors which played a role in the increase, such as increase in the number of stores and the size of stores. Furthermore, Canadian malls have been reconfigured to host luxury apparel brands and Millenials, whom have a large purchasing impact, are buying a lot from aspirational luxury brands.

Want to receive Prodco Retail Traffic Index on a weekly basis to gain more insight into the retail industry and your competitors? 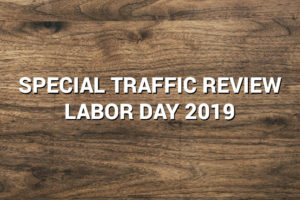